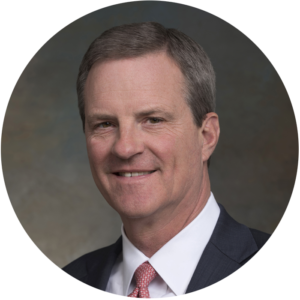 A native of Allentown, Pennsylvania, Greg Butz’ career began during his high school days in his grandfather’s construction management firm, Alvin H. Butz, Inc. He has been employed at the firm as a construction laborer, assistant field superintendent, project manager, senior project manager, and vice president.

In 1995, Greg succeeded his father, Lee Butz, as President of the firm when Lee assumed the role of Chief Executive Officer. In 2007, Greg was named President and CEO of the company. Greg is the fifth generation Butz in the company’s history, following in the footsteps of his father and his grandfather, Alvin H. Butz. Greg also serves as CEO for two new construction firms Alvin H. Butz, Inc. formed in 2003, Shoemaker Construction Co. in Conshohocken and Alexander Building Construction, Inc. in Harrisburg and State College under Butz Enterprises, Inc.

Greg is also an owner of GSE Realty, a partnership of the Butz Family since 1983. Alvin H. Butz, Inc. and GSE Realty have always been huge proponents of urban revitalization believing that a vibrant downtown is the key to continued redevelopment in a city. In 2006, Greg and GSE Realty invested in a property in struggling downtown Allentown where he moved the Alvin H. Butz, Inc. headquarters with the hope that others follow, and additional investment occur. The 6-story, Class-A office building, also included 4 floors available for leasing office and retail space.

Greg has a passion and commitment to revitalizing communities proven by the development of two additions to the Butz Corporate Center in Allentown. Additionally, Greg and GSE Realty have been involved in the development of multiple other properties and projects in the Lehigh Valley and beyond, including the Penn Corporate Center in Bethlehem and The Estates at Trexler Park, an 80-Acre residential subdivision and land development.

Andy is a founding member of Forge Development Group and is responsible for all aspects of the business. He has over 30 years of real estate development experience including environmental engineering, project and construction management, financial underwriting, and claims analysis.

In leading Forge Development Group, Andy is responsible for managing the sourcing, financing and development of over $200 million of real estate projects. Current projects in development/construction include a 127,000 square foot, $35 million assisted living facility, a 120-acre, $50 million luxury motorcoach resort and a $100 million 750-unit multi-family project.

Prior to founding Forge Development Group, he was a Vice President of Arcadia Properties, LLC located in Bethlehem, Pennsylvania.